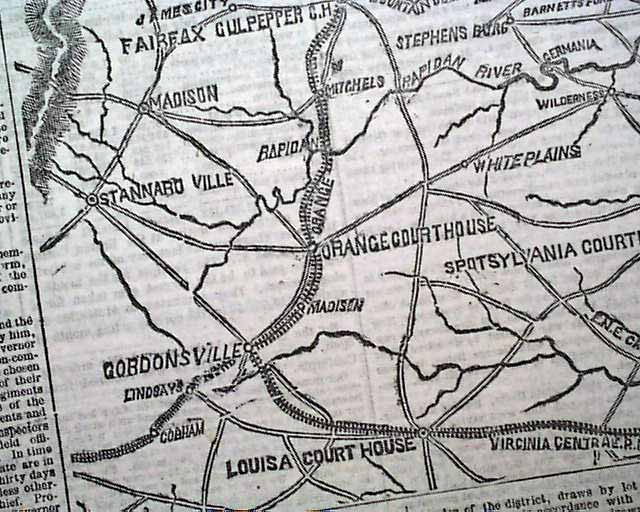 THE NEW YORK HERALD,  Aug. 5, 1862  This 8 page issue is loaded with advertisements and Civil War reports throughout from the day it was first reported which includes a front page map: "GENERAL POPE'S OPERATIONS, The Splendid Reconnoissance of General Crawford". Headlines in this issue include: "Important From Washington" "Six Hundred Thousand New Troops Called Out" "Important From Pope's Army" "Orange Court House Occupied by His Forces" "Defeat of Two Rebel Cavalry Regiments Under Gen. Robertson" "Important From M'Clellan's Army" and much more.

This issue has some margin tears into the text, otherwise in good condition.