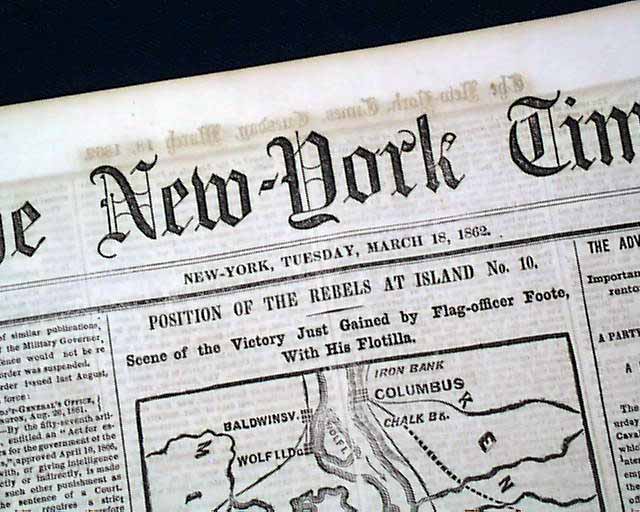 The front page includes a nice Civil War map headed, "Position of the Rebels at Island No. 10--Scene of the Victory Just Gained by Flag Officer Foote, With His Flotilla."

There is much related reporting as well as additional Civil War coverage on the front page with one column heads including:

* The Rebels Shelled Out of Their Upper Battery
* Another Victory in Arkansas
* Capture of Island No. 10 with the Ammunition & Transports of the Rebels
* With The Army of the Potomac" and more.