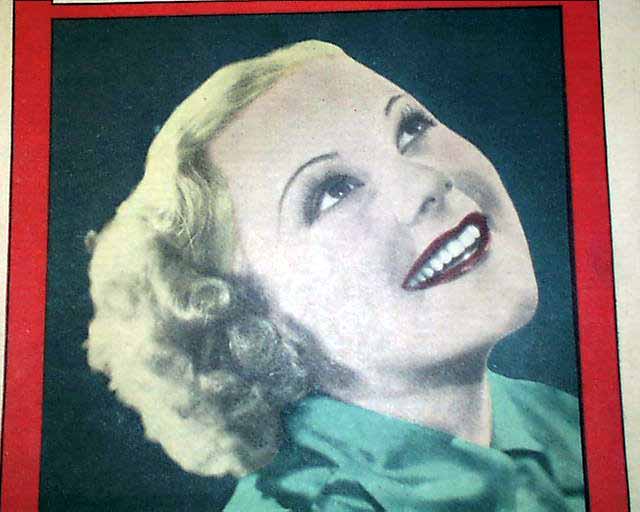 The entire ftpg is a color photo of: "An Olympics figure skating champion, Sonja Henie, now comes to Hollywood to conquer new fields..." which mentions her appearance in the movie "One in a Million" with Don Ameche. There is another photo & an article on her within this issue (see photos). A bit irregular at the spine, complete in 16 pgs., generally very nice.