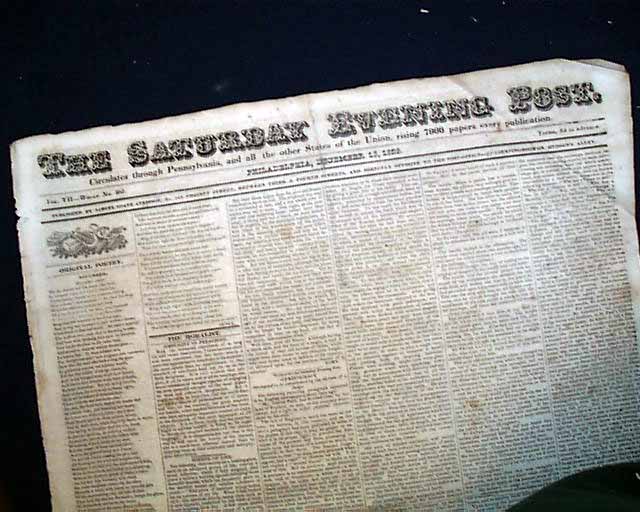 Item # 539259 THE SATURDAY EVENING POST, Philadelphia, 1829-30  This very famous title--much more famous from its 20th century life than its 19th century beginnings--actually started as a newspaper. It wasn't until close to the turn of the century that it became a magazine, filled with photos and illustrations. It began in 1821 making this issue from the earliest period of its life which would end over 140 years later in 1969. Complete in 4 pgs. with the content varied, with news, ads, literary items and other tidbits.
Some scattered foxing or light dirtiness, but generally good.
Note: The photo is only representative of the look/condition of the issue you will receive, but actual dates vary within 1829-30.