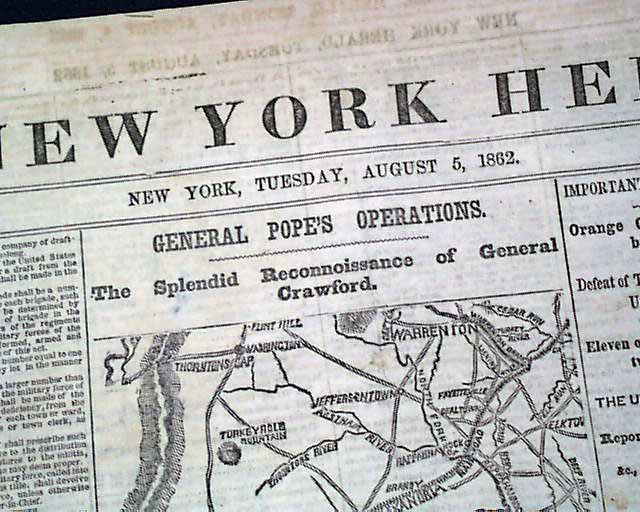 This 8 page newspaper is in good condition (except for some margin wear and tiny bidning holes along the spine) due to the use of cotton and rag paper during this very historic time in U.S. history. This issue is loaded with advertisements and Civil War reports throughout from the day it was first reported which includes the following FRONT PAGE Map: GENERAL POPE'S OPERATIONS, The Splendid Reconnoissance of General Crawford.