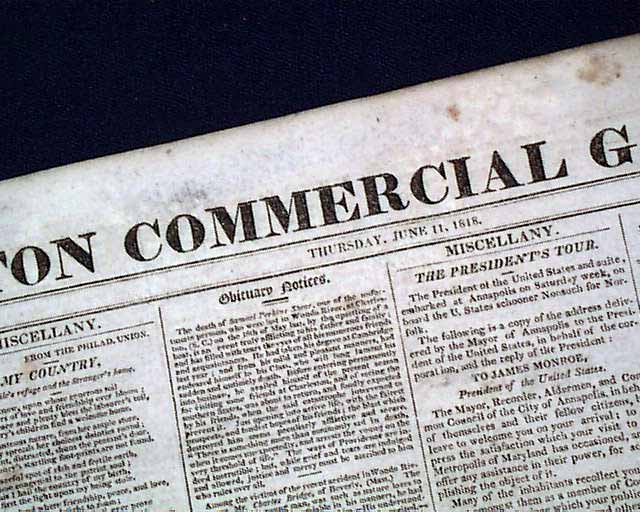 Other news of the day with several advertisements. Some lite foxing, but none in this content, otherwise in good condition.