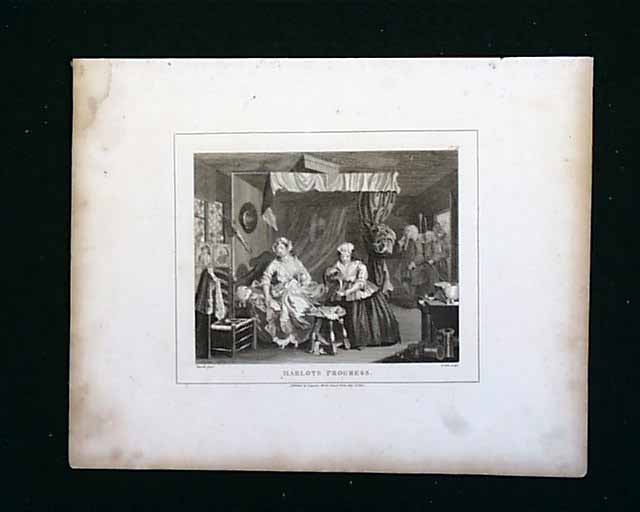 William Hogarth was a major English painter, printmaker, pictorial satirist, and editorial cartoonist of the 18th century. His work ranged from excellent realistic portraiture to comic strip-like series of pictures called “modern moral subjects.” Much of his work, though at times vicious, poked fun at contemporary politics and customs. Illustrations in such style are often referred to as Hogarthian.This print is from his first series series of moral works which first gave him his position as a great and original genius. This was “A Harlot's Progress”, first a painting done in 1731 (now lost), and then published as engravings. 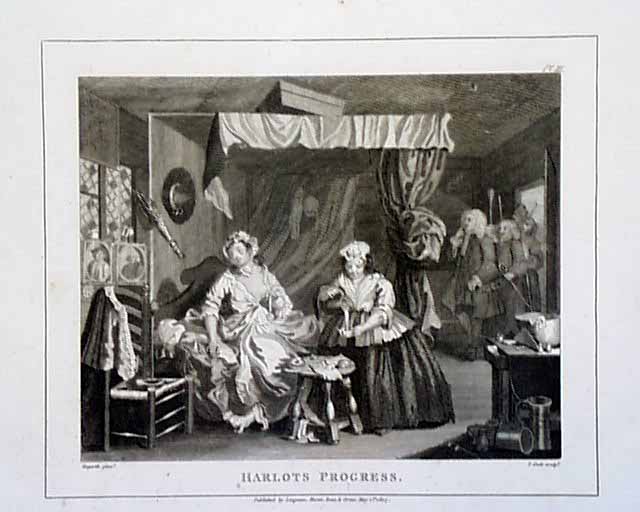