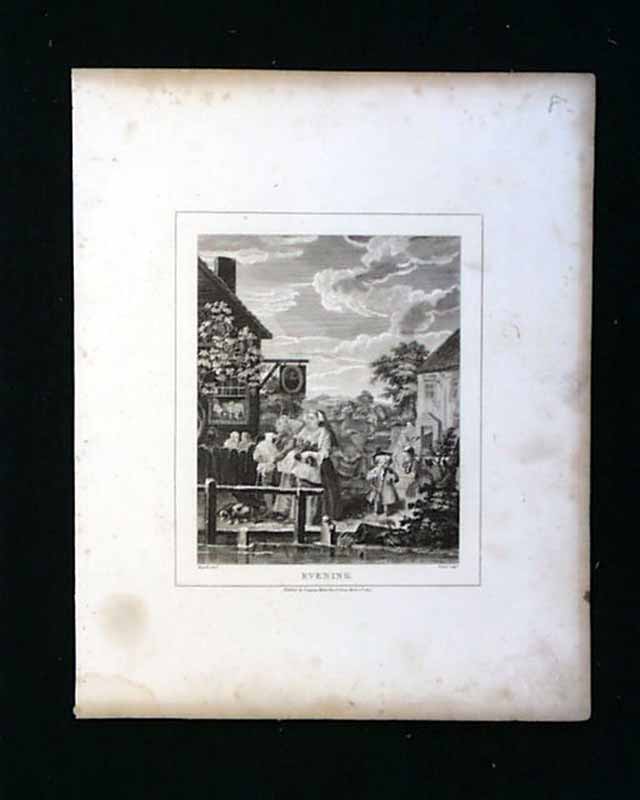 NOTE: The book or magazine from which this print was removed is unknown. The print is engraved after one by William Hogarth titled "Evening". 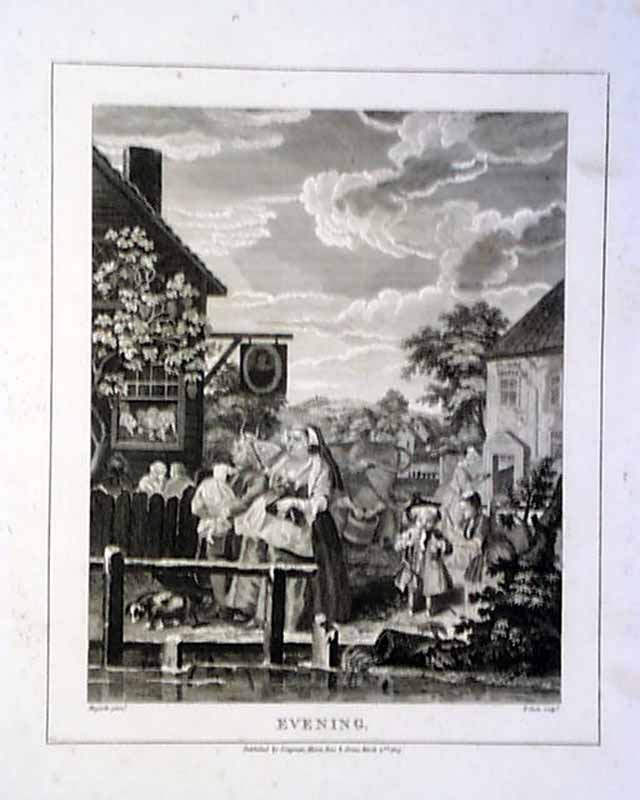