Home > Back to Search Results > Winsor McCay death in 1934....
Click image to enlarge 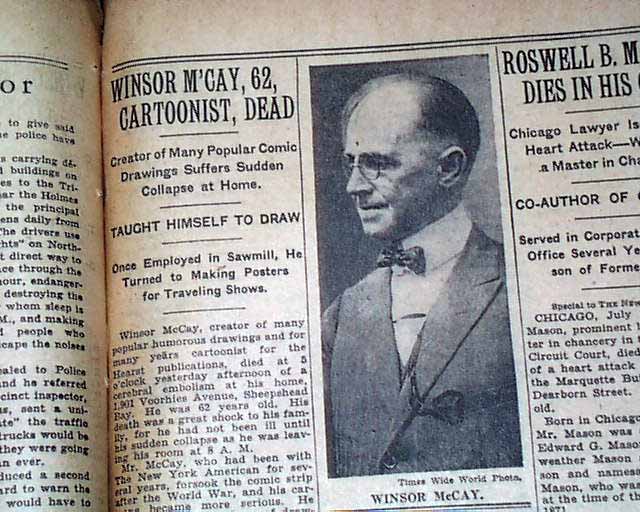 This 36 page newspaper has one column headlines on page 17 that include:

Also a one column photo of Winsor McCay as well.

Other news of the day throughout. Somewhat browned, otherwise in nice condition.

source: wikipedia: Winsor McCay (September 26, 1867(?) – July 26, 1934) was a prolific artist and pioneer in the art of comic strips and animation. His comic strip work has influenced generations of artists, including creators such as Moebius, Chris Ware, William Joyce, and Maurice Sendak. His early animated films far outshone the work of his contemporaries, and set the model to be followed by Walt Disney and others. His two best-known creations are the newspaper comic strip Little Nemo in Slumberland, which ran from 1905 to 1914, and the animated cartoon Gertie the Dinosaur, which he created in 1914.