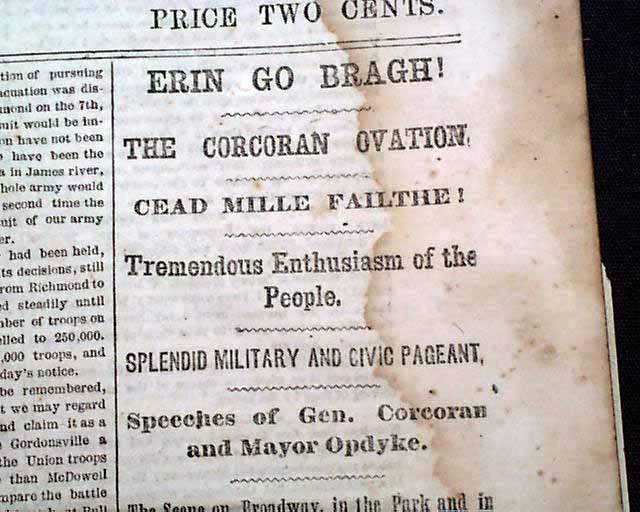 This issue is loaded with advertisements and Civil War reports throughout from the day it was first reported which includes the following headlines:

* "ERIN GO BRAGH" "The Corcoran Ovation" "Cead Mille Failthe !" "Splendid Military And Civic Pageant" "Two Hundred Thousand People Turn Out to Witness the Procession" "Meeting of the Rebel Congress" "Message of Jeff. Davis" "The Rebel Force at the Seven Days' Battle" "The War In Arkansas" "The Skirmish At Pillow's Farm" and much more.
This issue has some staining and margin wear with little text loss on unrelated pages, otherwise good.