Home > Back to Search Results > God's hand of judgement?
Click image to enlarge 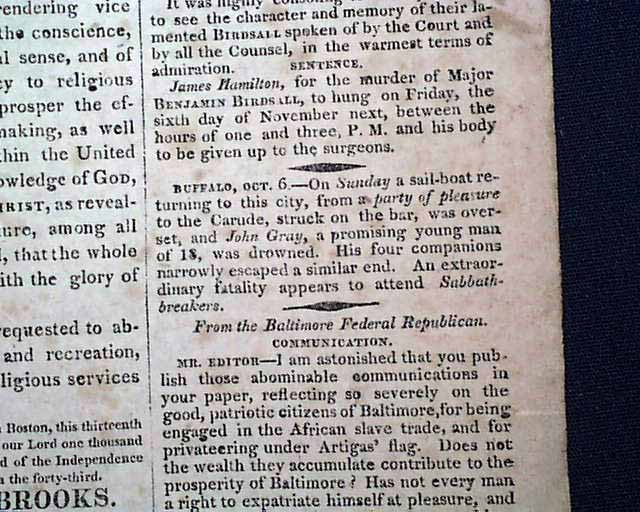 A front page report from Buffalo says that a sailboat returning from a party of pleasure overturned Sunday and a young man drowned, although his four companions survived. Concludes by stating: "An extraordinary fatality appears to attend Sabbath-breakers." A pg. 2 item says: "We are told of an iron foundry at Cincinnati, in which 80 hands are employed. The iron work and engines for several steam-boats are now making at this establishment. Early for the Queen City." Other news of the day includes: "Concert" "Congressional Election" and more. Several interesting advertisements as well.
Some foxing, otherwise good. 4 pages.