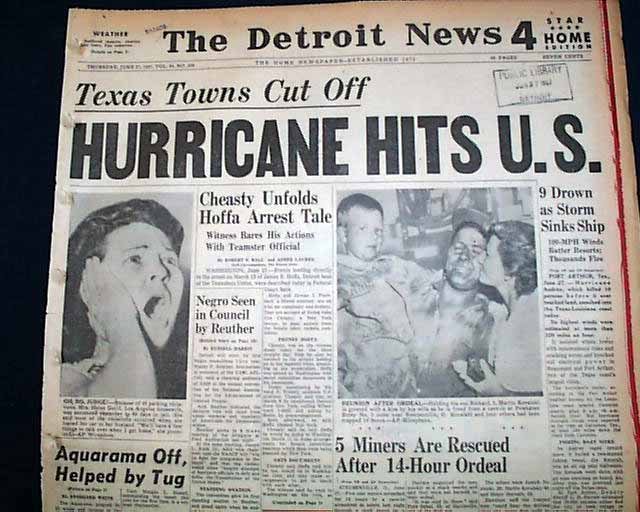 Other news of the day throughout. Binding holes along the spine with little margin wear and small tape mend, otherwise good.
Background Information: Hurricane Audrey was the first named storm, first hurricane and first major hurricane of the 1957 Atlantic hurricane season. Audrey was the only storm to reach Category 4 status in June. A powerful hurricane, Audrey caused catastrophic damage across eastern Texas and western Louisiana. The storm then affected the South Central United States as a powerful extra-tropical storm. In its wake, Audrey left $1 billion (2005 USD) in damage and 390-550 fatalities. At the time period, the devastation from Hurricane Audrey was the worst for the United States since the Great New England Hurricane of 1938. source: Wikipedia