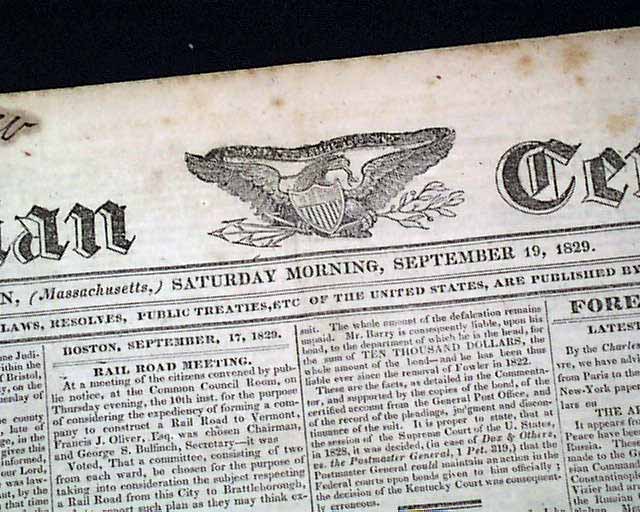 On the front page at the bottom of the last column is a Proclamation by Santa Anna to the Mexican Troops concerning the invasion of the Spanish. Concludes on pg. 2 urging ...Independence or Death..., signed in type: Santa Anna.

Another report says: Mr. Coopers new novel, entitled the Weph or Wish Ton-Wish, will be issued speedily. His subject is the first settlement in New England by an English Puritan family, characters, pursuits and dangers are said to be most ably depicted.

Other news of the day includes: "Great Attraction at Niagara Falls" "Important From Mexico" "Railroad Meeting" and more.