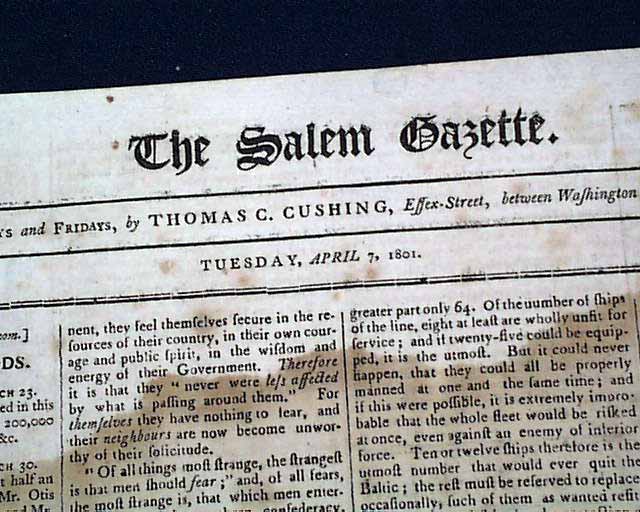 Among the page 3 Deaths is one that reads: In England, Dr. Herschell, the celebrated astronomer, and discover of the new planet, Georgium Sidus. This planet is better known as Uranus. Other news of the day includes: "Destructive Floods" "Nothern Powers" and more. Several interesting advertisements as well. Even waterstaining to most of the but in good condition.