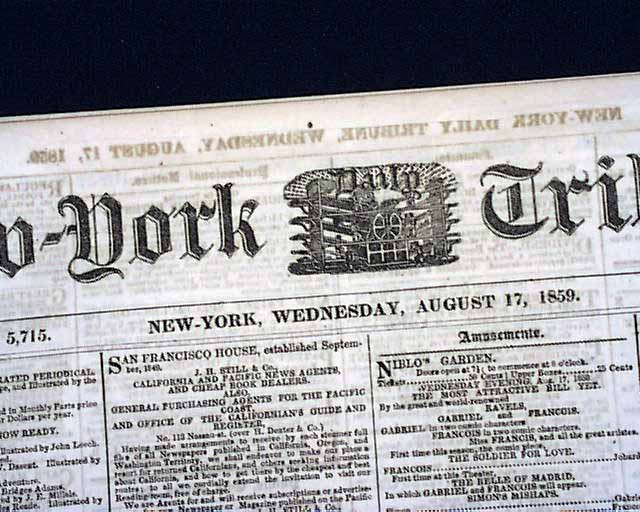 THE NEW-YORK TRIBUNE, August 17, 1859  Page 6 has: "An Overland Journey. XX. The Emigration". Initialed at the end: H.G. Takes a little more than two columns.
Horace Greeley, founder & editor of the New York Tribune, visited the Yosemite Valley in 1859 during his trip to the West. The series of 34 travelogue articles is significant as it was the first widely-distributed news about Yosemite that brought Yosemite to the attention of many Easterners for the first time. Greeley traveled out west on the just-opened Pike’s Peak Express Leavenworth-Denver route.
Other news of the day includes: "The Fire At Lawrence", "The Kansas Gold Mines", "The West Indian Black Man", "The Billiard Match At Cincinnati", and much more.
Eight pages, nice condition.