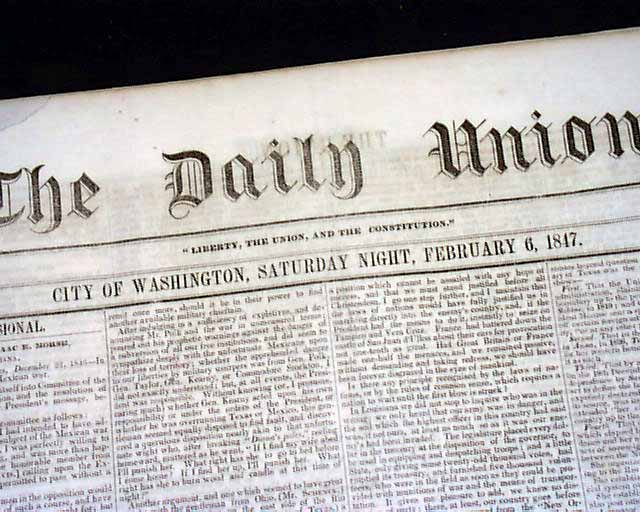 On the ftpg. under Official is the text of a treaty between the U.S. and the Winnebago tribe of Indians. Includes the names of the Indian leaders who signed the treaty with an x mark. Also signed by various officials and in type: James K. Polk. Other. Other news of the day includes: "Texas Indinas" "Hose Of Representatives" and more. Ink notations close to the part of the treaty, piece missing in the upper margin of the first leaf.