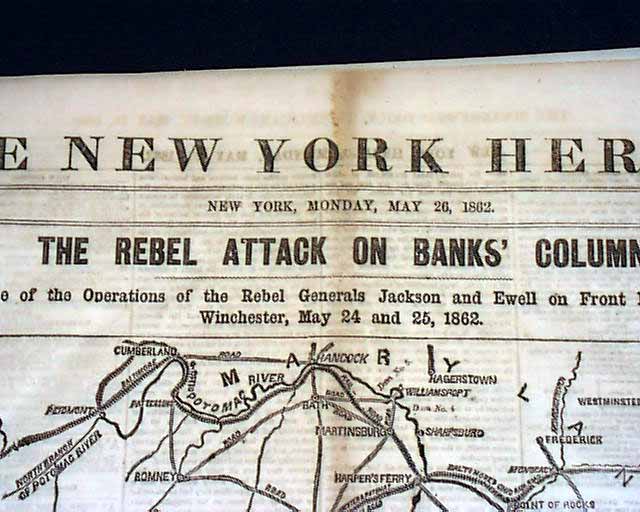 This 8 page newspaper is in nice condition (except form little margin wear) due to the use of cotton and rag paper during this very historic time in U.S. history. This issue is loaded with advertisements and Civil War reports throughout from the day it was first reported which includes the following FRONT PAGE Map: "THE REBEL ATTACK ON BANKS' COLUMN, Scene of the Operations of the Rebel Generals Jackson and Ewell on Front Royal and Winchester, May 24 and 25, 1862".

Headlines in this issue includes: "Important From Gen. Banks", "The Attack  of the Rebels Jackson and Ewell on His Column", "Strength Of The Rebels", "Banks Falls Back On Martinsburg", "Important From North Carolina", "Reported Capture of Raleigh, the Capital of the State", and much more.

Nice to read about the Civil War as it was happening.