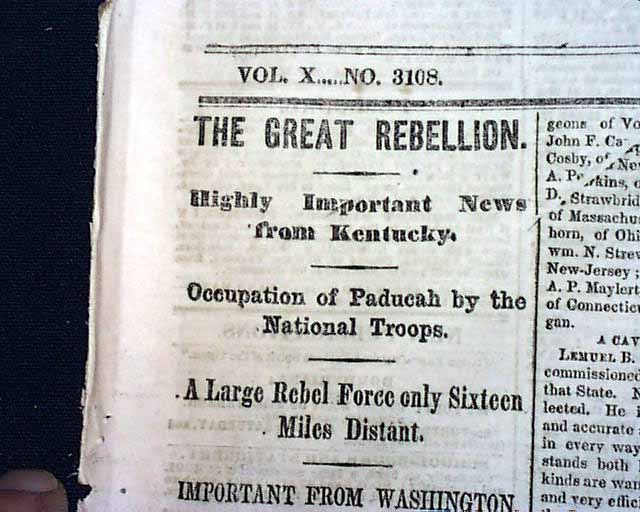 * Paducah, Kentucky
* Fort Pickens, Florida
* Jefferson Davis false death report
This 8 page newspaper is in nice condition due to the use of cotton and rag paper during this very historic time in U.S. history. This issue is loaded with advertisements and Civil War reports throughout from the day it was first reported which includes the following headlines: "THE GREAT REBELLION" "Highly Important News From Kentucky" "Occupation of Paducah by the National Troops", "Goods News From North Carolina" "Barbarous Outrage Perpetrated by the Rebels in Missouri","Confirmation of the Report of Jeff. Davis' Death"  and much more.