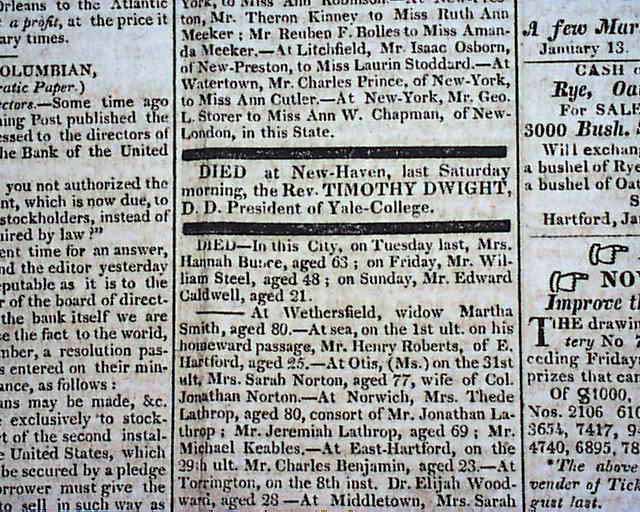 CONNECTICUT COURANT, Hartford, Jan. 14, 1817.
* Death of Timothy Dwight
* Yale University President (graduate of both Yale and Harvard)
Page 3 has a brief black-bordered report about the death of Timothy Dwight, the President of Yale-College. Other news of the day with advertisements, First leaf has an irregular one inch hole along the fold, very small hole in the second leaf, otherwise nice.