Home > Back to Search Results > Two Sicilies treaty in 1833....
Click image to enlarge 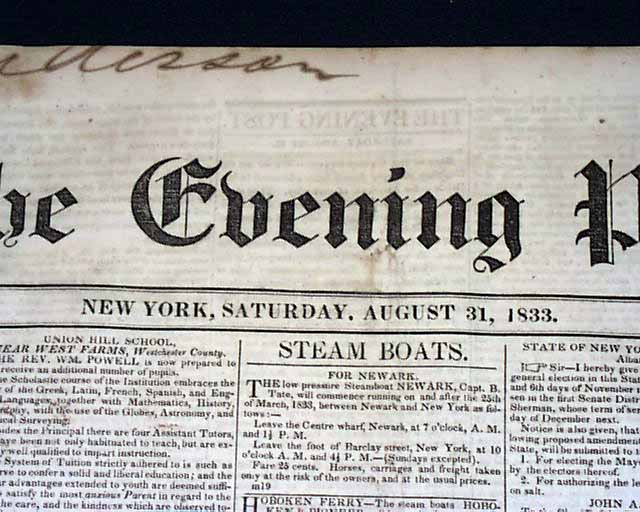 Pg. 2 has A Proclamation announcing a Convention between the U.S. and the King of the Two Sicilies. Includes the text of the convention, signed in type: Andrew Jackson. Other news of the day includes: "Bank of the United States" "Shipwreck" and more.