Home > Back to Search Results > Fight Breaks Out in Government in 1844....
Click image to enlarge 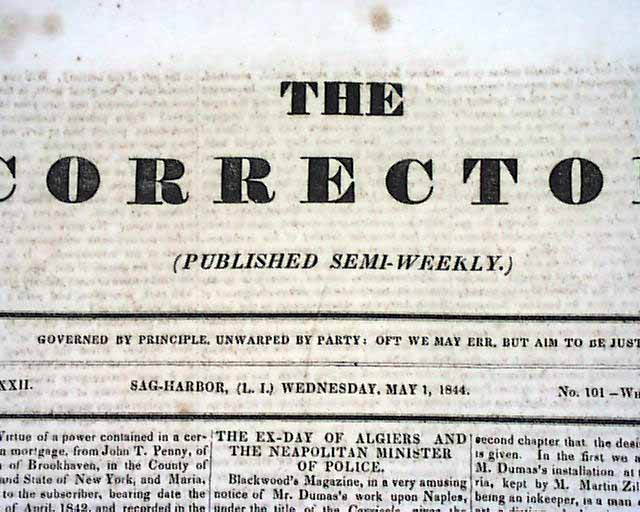 * Fight breaks out on the House Floor in U. S. governement

A pg. 2 report from Washington has details about a fight on the floor of the U.S. House of Representatives between Mr. White of Kentucky and Mr. Rathbun of N.Y. After Mr. White defended a speech made by Henry Clay, words were exchanged, and they struck one another. More about the fight and their apologies. Other news of the day includes: "The Outrage in Havanna" "Later From Hayti" "Arrested" and more. Some foxing spots. otherwise in nice condition.

Mormon troubles over the death of Jos...