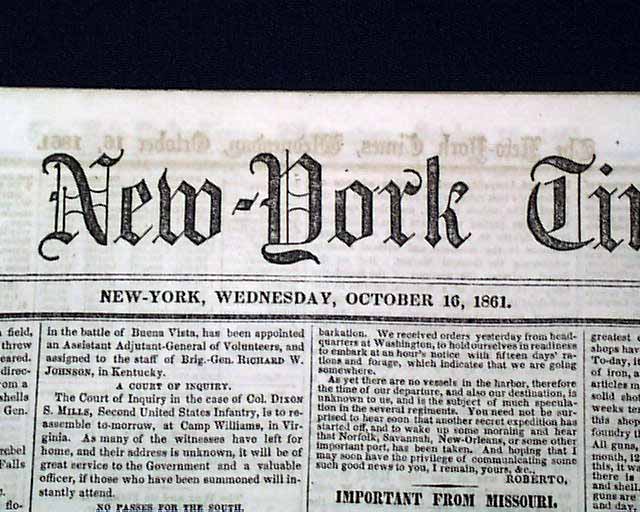 * New Orleans, Louisiana
* Camp Dick Robinson Kentucky
* Shanghai, Missouri
This 8 page newspaper is in nice condition due to the use of cotton and rag paper during this very historic time in U.S. history. This issue is loaded with advertisements and Civil War reports throughout from the day it was first reported which includes the following headlines: "THE GREAT REBELLION", "Mysterious Movements of the Rebels at Night", "Reported Naval Engagement at New-Orleans", "Defeat of the Rebels at Shanghai, Missouri", "Release of Prisoners by Order of the Government", "Affairs In Kentucky", "Affairs At Camp Dick Robinson", and much more. A nice piece of history from this famous newspaper.