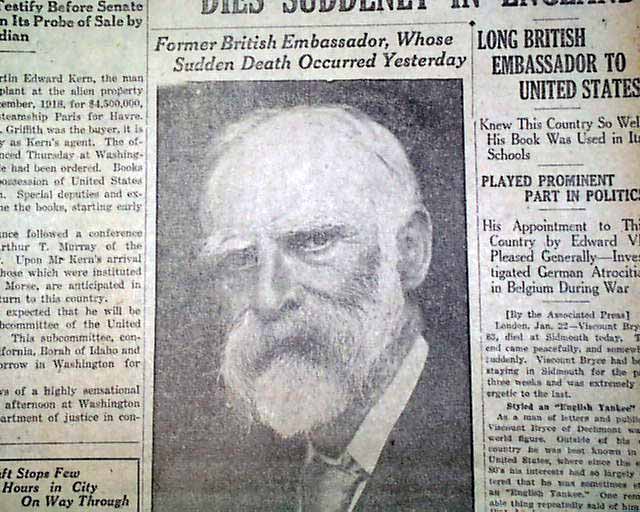 This 12 page newspaper has a three line, three column headline on the front page: "VISCOUNT JAMES BRYCE, 83, FAMOUS BRITISH STATESMAN, DIES SUDDENLY IN ENGLAND" with subheads that include: "Long British Embassador To United States" and more. Also a nice two column photo of Bryce also on the front page. Other news of the day throughout. Some browning at the margins and a little irregular at the spine.