Home > Back to Search Results > 1862 Battle of Seven Pines...
Click image to enlarge 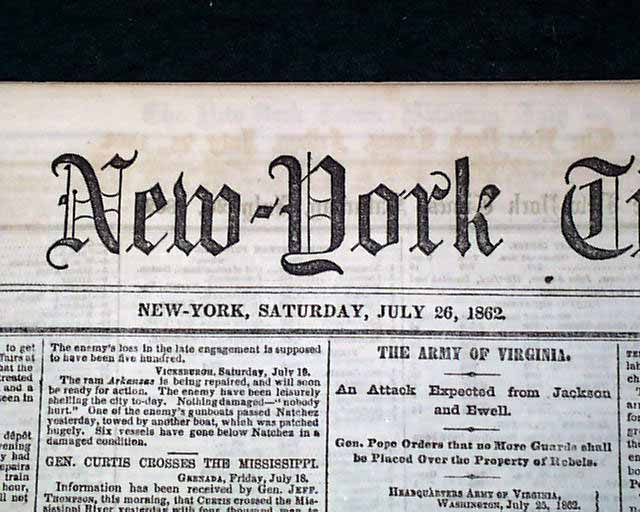 This 8 page newspaper is in nice condition due to the use of cotton and rag paper during this very historic time in U.S. history. This issue is loaded with advertisements and Civil War reports throughout from the day it was first reported which includes the following headlines: "Gen. Johnston's Official Report of the Battle of Seven Pines", "OUR NAVY", "It Consisted of 88 Ships in 1861, and now Numbers 292", "55 Wooden and 23 Iron-clad Men-of-war Built in One Year", "Nearly 200 Vessels Purchased and Armed by the Navy Department", "INTERESTING SOUTHERN NEWS", "Rebel Accounts of Gen. Pope's Movements", "Movements on the Mississippi", "Affairs In Memphis" and much more.

This issue is in relatively good condition.  Although, a tear measuring approximately 10 inches can be found on the front page.