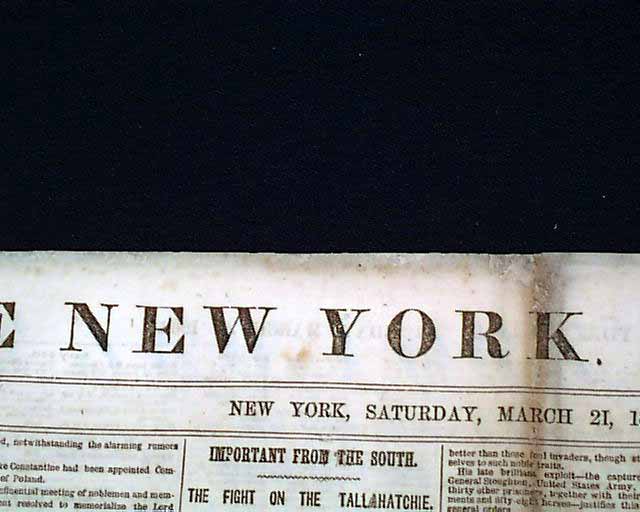 This 8 page newspaper is in nice condition (except for a little fold staining) due to the use of cotton and rag paper during this very historic time in U.S. history. This issue is loaded with advertisements and Civil War reports throughout from the day it was first reported which includes the following headlines: "IMPORTANT FROM TENNESSEE", "An Engagement Going On Near Milton", "Van Dorn's Rebel Army Again in Motion", "The Rebels Invading In Kentucky", "Successful Union March Into North Alabama", "The Rebels Dispersed at Tuscumbia and the Town Captured", "Movements of the Forces from New Orleans", and much more.  A nice piece of history from this famous newspaper.