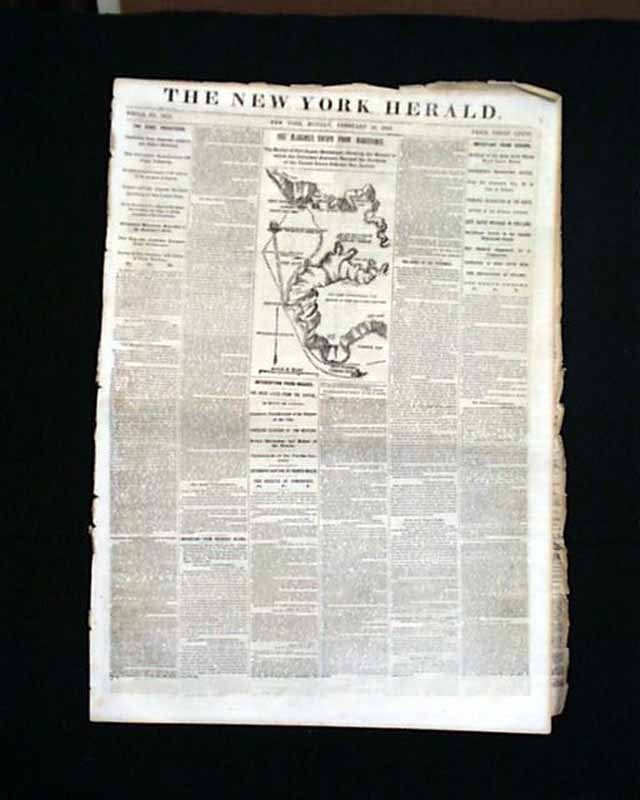 This 8 page newspaper is in nice condition, although the edges are a little rough.

This issue is loaded with advertisements and Civil War reports throughout from the day it was first reported, including the following FRONT PAGE Map: "THE ALABAMA'S ESCAPE FROM MARTINIQUE", "The Harbor of Fort Royal", "Martinique", and "Showing the Manner in which the Privateer Alabama Escaped the Blockade of the United States Steamer San Jacinto".