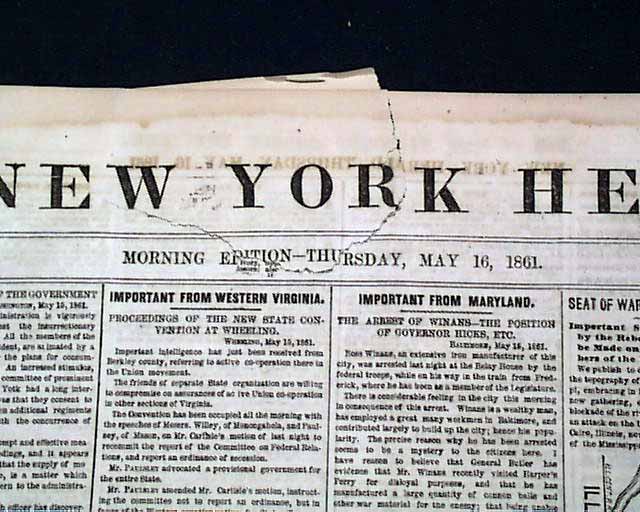 This 8 page newspaper has some margin tears with a few small pieces missing on the last two leafs, otherwise in good condition. This issue is loaded with advertisements and Civil War reports throughout from the day it was first reported which includes the following FRONT PAGE Map: "Seat Of War On The Upper Mississippi".

Headlines in this issue includes: "THE WAR", "Active Preparations of the Government for Immediate Hostilities", "Affairs In And Around Baltimore", "Fourteen New Regiments Ordered from New York", and much more. Early in the war. Nice to read about the Civil War as it was happening.