Home > Back to Search Results > Dewitt Clinton in 1816....
Click image to enlarge 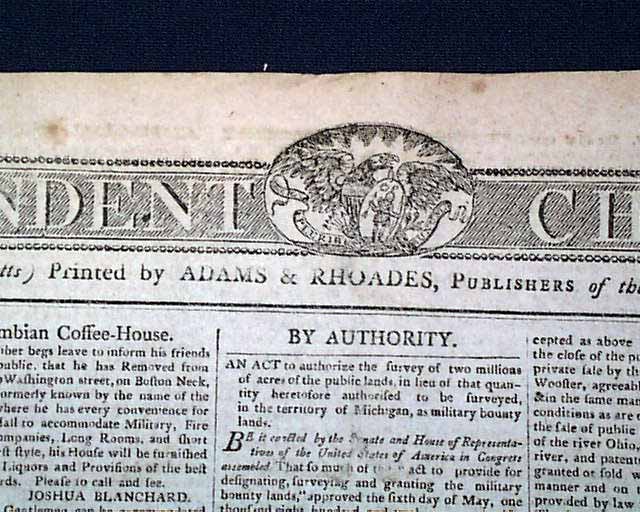 A page 2 report from the Utica Patriot states that: ...Stephen Van Ransellear [sic] and DeWitt Clinton, two of the commissioners appointed to explore the country through which it is proposed to cut the contemplated Canal, have arrived in this village for the purpose of the duty assigned to them. Other news of the day includes: "Late From New Orleans" Indian Murder" "Havana" and more. Interesting advertisements as well. Trimmed close at the bottom causing minor unrelated loss, occasional foxing.