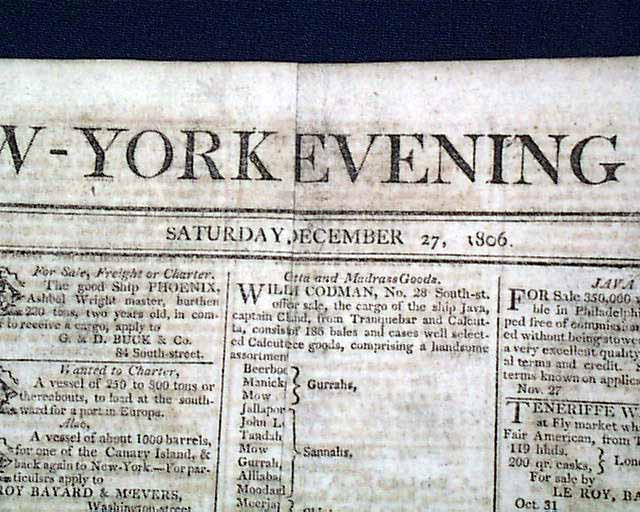 Page 3 has a Proclamation issued by the Mayor of New York offering a reward for the apprehension of the disorderly persons who insulted the Congregations of the Roman Catholic Church in the city and violated the public peace which resulted in the death of a watchman, signed in type: DeWitt Clinton. Other news of the day with several interesting advertisements. Trimmed close at the right causing minor unrelated loss.