Home > Back to Search Results > Dreyfus' Trial...Philippines Now Ours...
Click image to enlarge 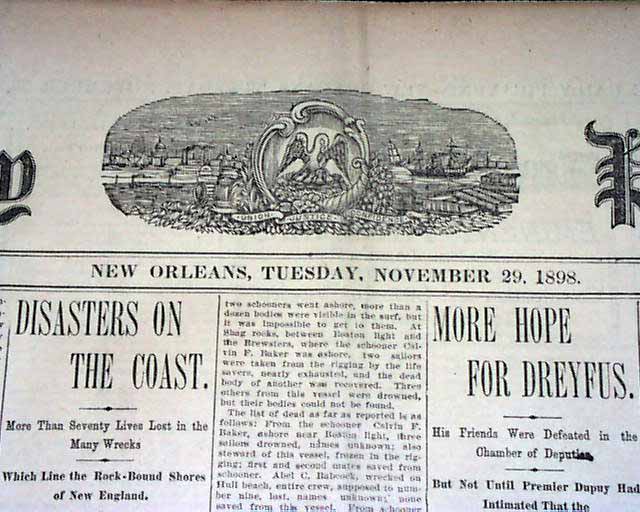 Most of the first column on the ftpg. is taken up with reports headed: "PHILIPPINES ARE NOW OURS" "The Spaniards Agree to the Terms of Their Conquerors" "They Give Up Their Territory With a Bad Grace" & more. Also on the ftpg. are reports headed: "MORE HOPE FOR DREYFUS" "His Friends Were Defeated in the Chamber of Deputies" and more on the famous Dreyfus trial which  involved the wrongful conviction for treason of a promising young French artillery officer of Jewish faith, Captain Alfred Dreyfus. A political and judicial scandal followed the trial until he was fully rehabilitated.

You get the complete 12 page newspaper which is in nice condition save for some minor tears at the edges.