Home > Back to Search Results > 1864 Advance Upon Atlanta Georgia....
Click image to enlarge 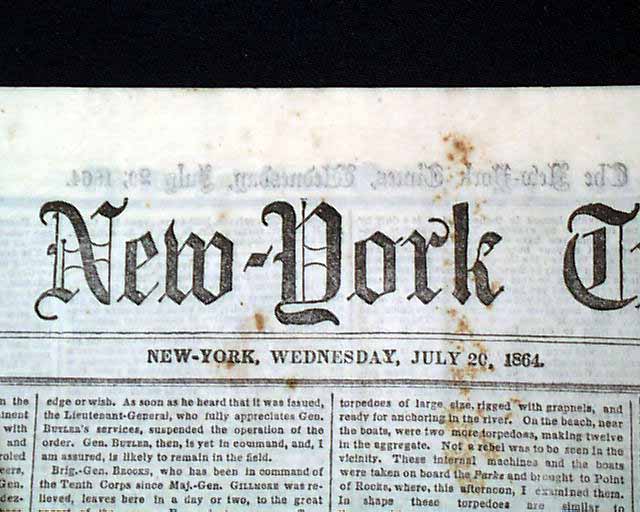 This 8 page newspaper is in nice condition due to the use of cotton and rag paper during this very historic time in U.S. history. This issue is loaded with advertisements and Civil War reports throughout from the day it was first reported which includes the following headlines: "GEN. SHERMAN'S ARMY" "The Advance Upon Atlanta" "The Whole Army In Motion" "No Resistance By Johnston" "The Rebels Getting Into the Defenses of the City" "BEFORE PETERSBURGH" "Rebel Operations On The James" "Capture Of Twelve Torpedoes" and much more. SEE PHOTOS. A nice piece of history from this famous newspaper.