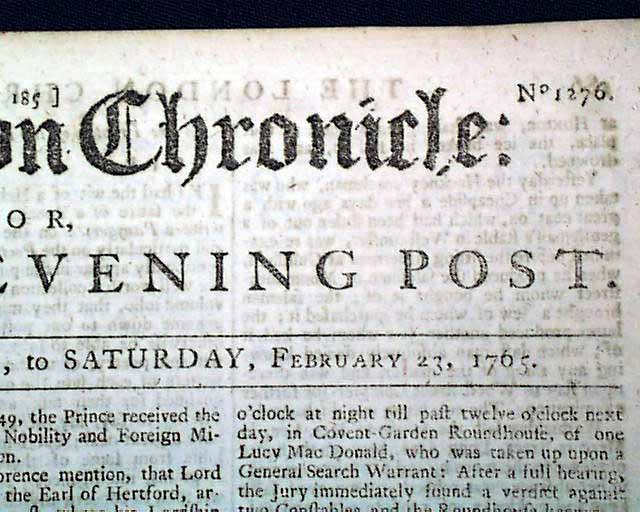 Inside under America is a report from Boston stating: Tuesday last arrived in Nantasket Road the Fortune sloop of war...from Halifax. On her passage she met with such stormy weather, that the crew were obliged to throw over five of her carriage and all of her swivel guns; the cold was so severe, that, we hear, none of the officers, except the Captain, were able to stand the deck. Other news of the day. Quarto-size 8 pages, in good condition.