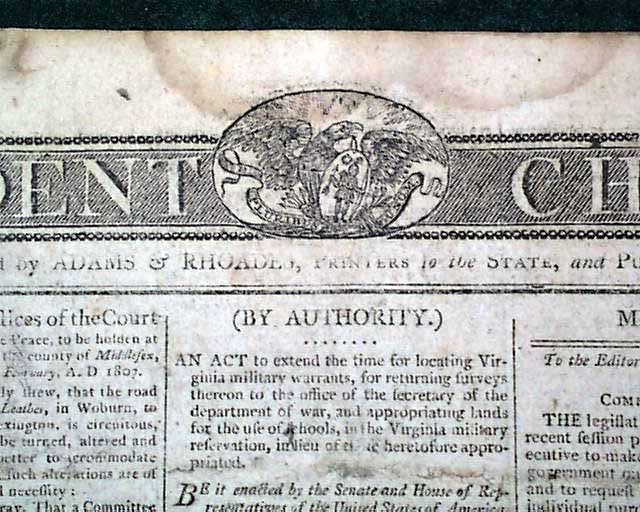 Page 2 has a report from New-York stating that the Governor, Sec. of War and others "...attended at Ft. Jay, when Mr. Fulton exhibited and explained the principles of his machinery for blowing up ships..." plus a few details about the experiment to be conducted the next day. Other news of the day includes two Thomas Jefferson acts on the front page and more. Some interesting advertisements as well. Lite staining in the upper margin, some lite foxing.