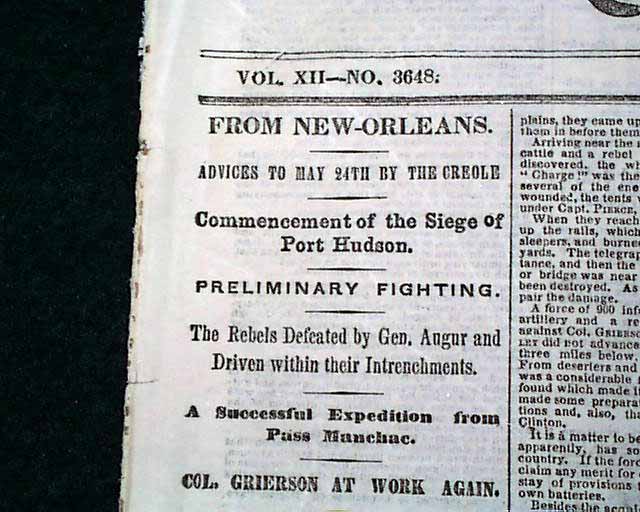 * Seige of Vicksburg
* Siege of Port Hudson Begins
This 8 page newspaper has a small piece missing to the uppoer right corner as seen in the photo with minor margin wear, otherwise in good condition. This issue is loaded with advertisements and Civil War reports throughout from the day it was first reported which includes the following headlines: "IMPORTANT FROM ALABAMA" "The Rebels Under Roddy Defeated by Col. Cornyn at Florence" "Capture of 100 Men, 8 Officers, 400 Mules, 300 Negroes" "THE SIEGE OF VICKSBURG" "The Siege Progressing Well" "FROM NEW-ORLEANS" "Commencement of the Siege of Port Hudson" and much more. SEE PHOTOS. A nice piece of history from this famous newspaper.