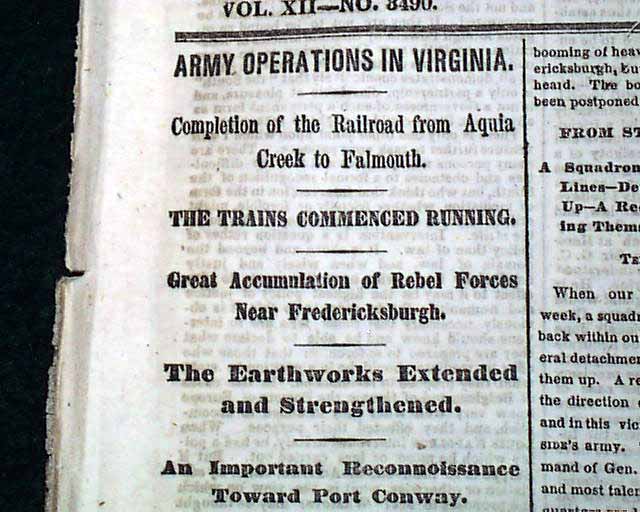 This 8 page newspaper is in nice condition due to the use of cotton and rag paper during this very historic time in U.S. history. This issue is loaded with advertisements and Civil War reports throughout from the day it was first reported which includes the following headlines: "REBEL ATTACK ON NEWBERN" "Important From Memphis" "IMPORTANT PORT ROYAL" "The Origin Progress and End of the Yellow Fever" "A List Of Deaths From It" "ARMY OPERATIONS IN VIRGINIA" "Great Accumulation of Rebel Forces Near Fredericksburgh" "The Earthworks Extended and Strengthened" and much more. A nice piece of history from this famous newspaper.