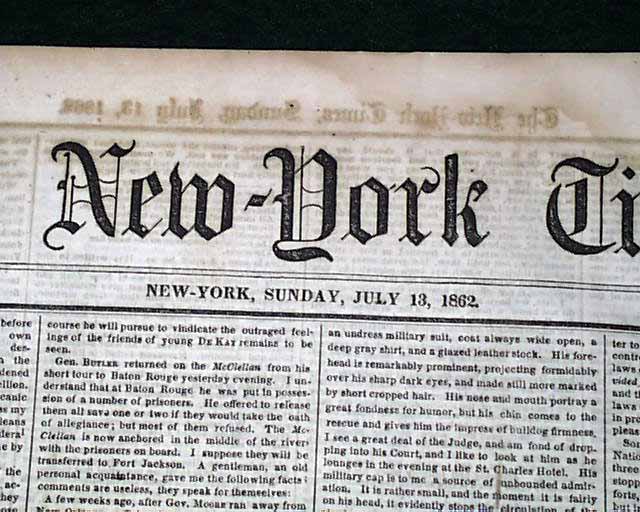 * Fight at New Hope
* Lebanon, Kentucky  Burned by the Rebels

This 8 page newspaper has some water staining near the margins and a noticeable center crease, otherwise in good condition. This issue is loaded with advertisements and Civil War reports throughout from the day it was first reported which includes the following headlines: "GUERRILLAS IN KENTUCKY" "Movements of Morgan's Cavalry--Lexington and Louisville Threatened" "Fight at New Hope--The Town Of Lebanon, Ky., Burned by the Rebels" "THE NEW CALL FOR TROOPS" "FROM NEW-ORLEANS" and much more. SEE PHOTOS. A nice piece of history from this famous newspaper.