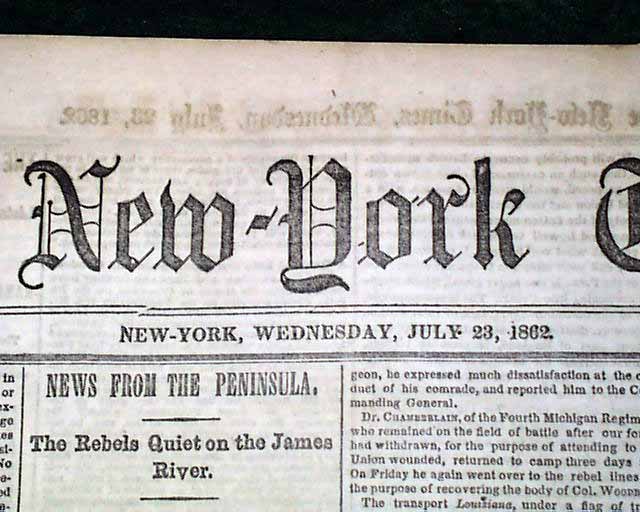 This 8 page newspaper is in nice condition due to the use of cotton and rag paper during this very historic time in U.S. history. This issue is loaded with advertisements and Civil War reports throughout from the day it was first reported which includes the following headlines: "THE GUERRILLAS IN KENTUCKY" "MORGAN OVERTAKEN AND DEFEATED" "His Band Scattered--Cannon, Horses and Other Property Recovered" "THE WAR ON THE MISSISSIPPI" "Unsuccessful Attempt to Destroy the Rebel Ram Arkansas" "NEWS FROM THE PENINSULA" "The Rebels Quiet on the James River" "Gen. Burnside Gone to Washington" and much more.