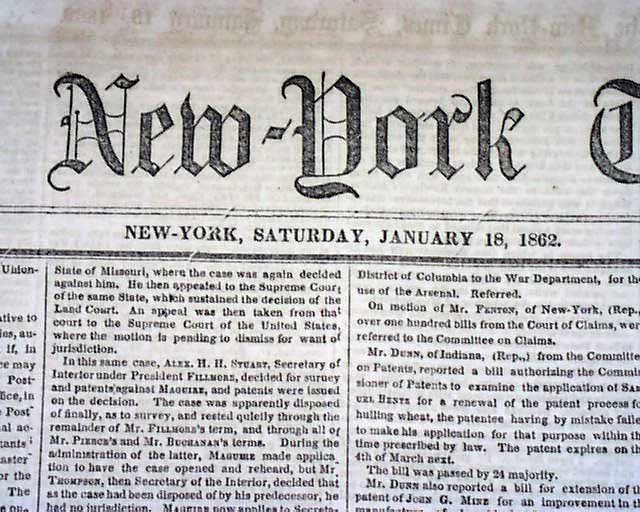 This 8 page newspaper is in nice condition due to the use of cotton and rag paper during this very historic time in U.S. history. This issue is loaded with advertisements and Civil War reports throughout from the day it was first reported which includes the following headlines: "IMPORTANT FROM THE WEST" "The Advance of Gen. Grant's Forces Down the Mississippi" "IMPORTANT FROM THE GULF" "Some Particulars of the Second Engagement at Fort Pickens" "Fort Barrancas Breached and Warrington Set on Fire" "THE EXPEDITION TO BILOXI" "Affairs On Green River" and much more. SEE PHOTOS. A nice piece of history from this famous newspaper.