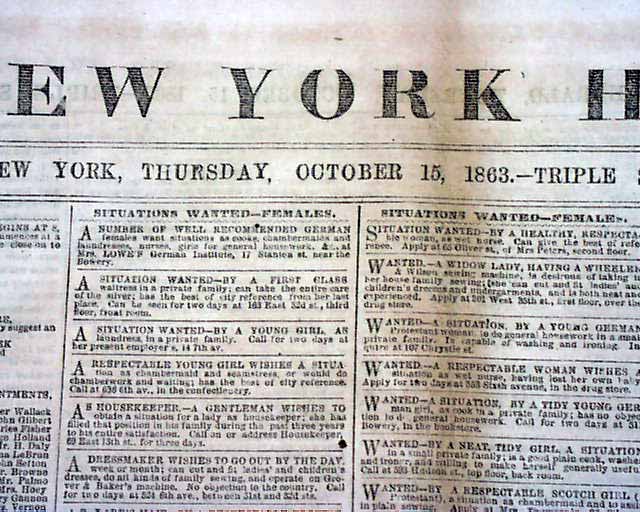 This 8 page newspaper is in nice (not brittle at all) condition due to the use of cotton and rag paper during this important time in U.S. history. This issue is loaded with interesting Civil War reports from the time it happened with the following one column headlines: "MEADE'S ARMY" "General Gregg's Fierce Battle Near Jefferson" "RECONNOISSANCES AND SKIRMISHES" "CHARLESTON" "The War In Missouri" and much more.