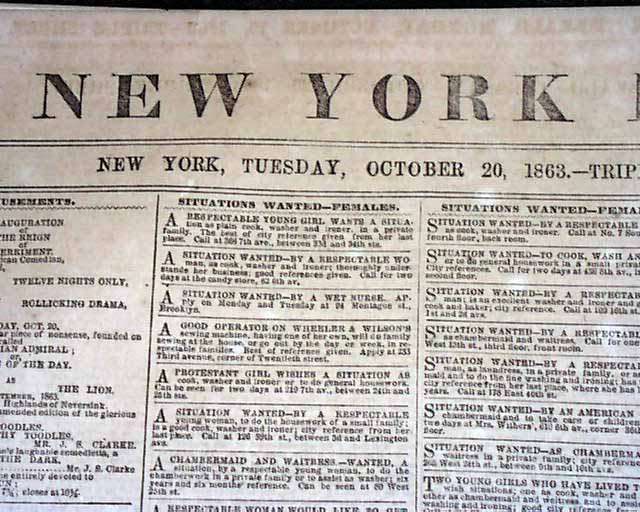 This 8 page newspaper is in nice (not brittle at all) condition due to the use of cotton and rag paper during this important time in U.S. history. This issue is loaded with interesting Civil War reports from the time it happened with the following one column headlines: "GENERAL GRANT'S DEPARTMENT" "Location of the Rebel Forces in Mississippi" "Bloodhounds Used by the Rebels to Capture Union Men" "Reported Invasion Of Kentucky" "MEADE'S ARMY" "Spirited Skirmish Mclean's Ford, on Bull Run River" "GENERAL ROSECRAN'S ARMY" "Three Cavalry Fights with Wheeler" and much more. 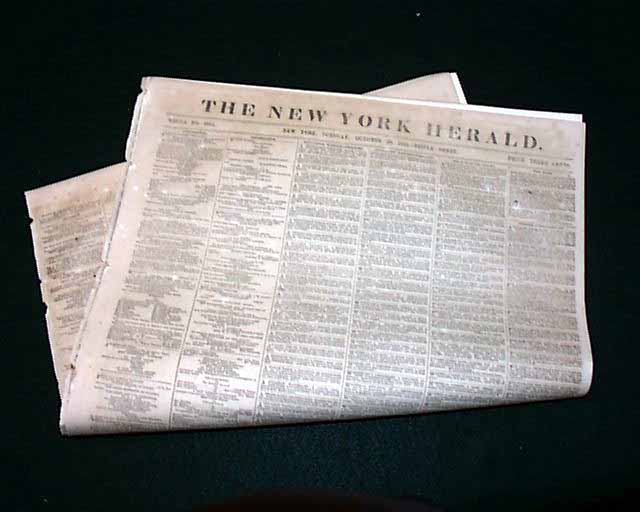 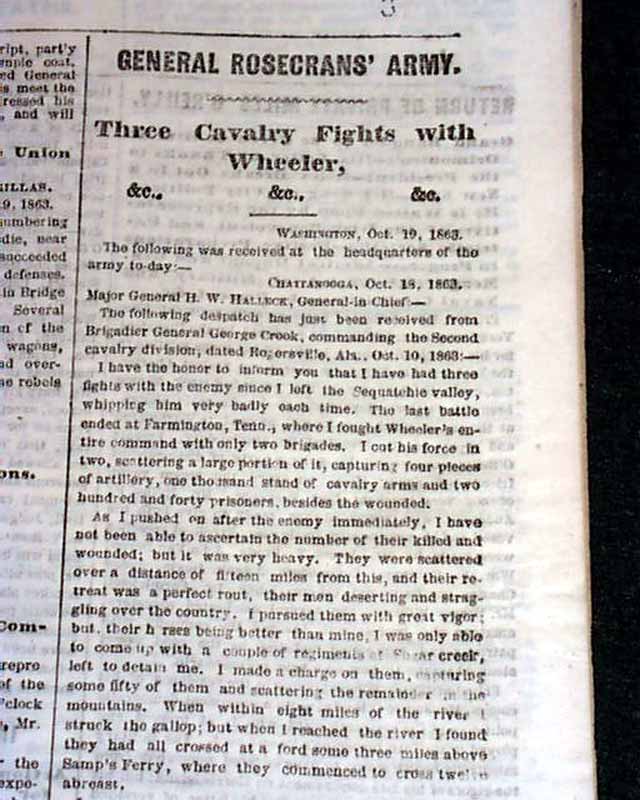 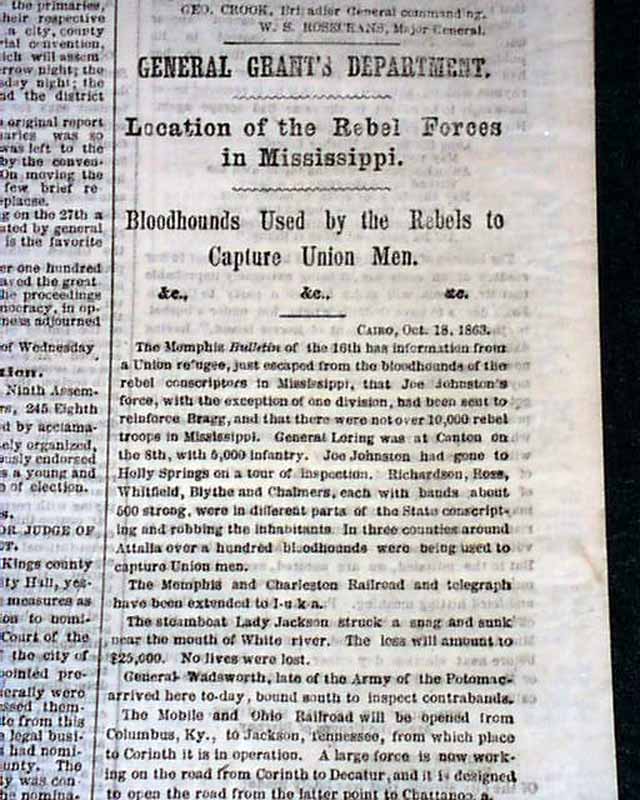 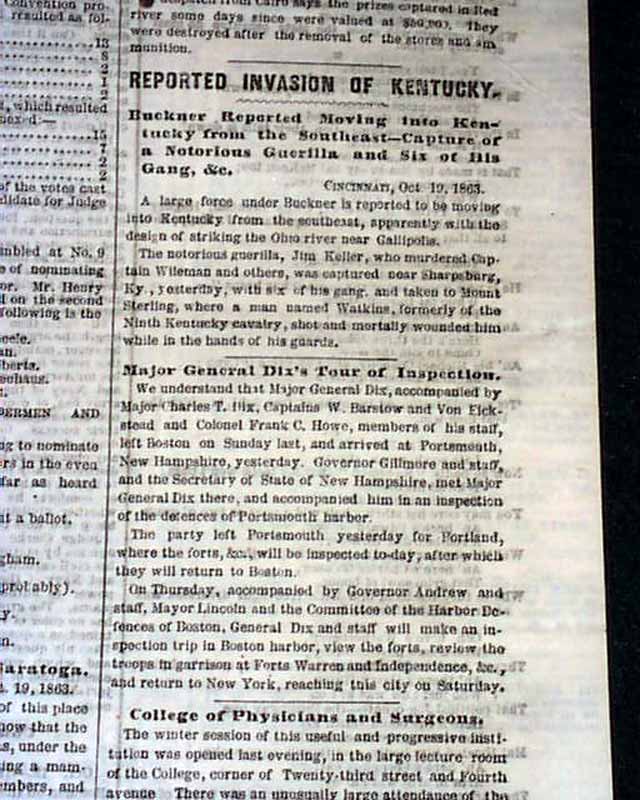 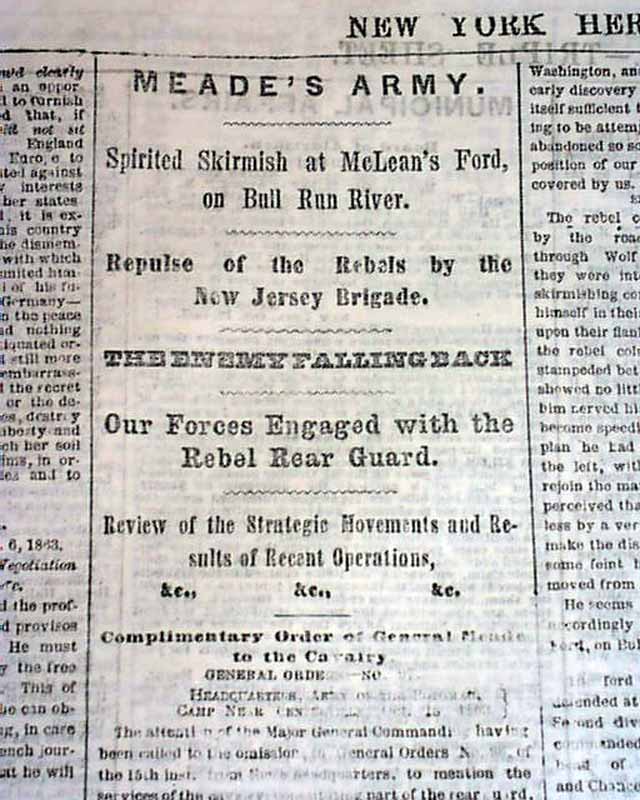 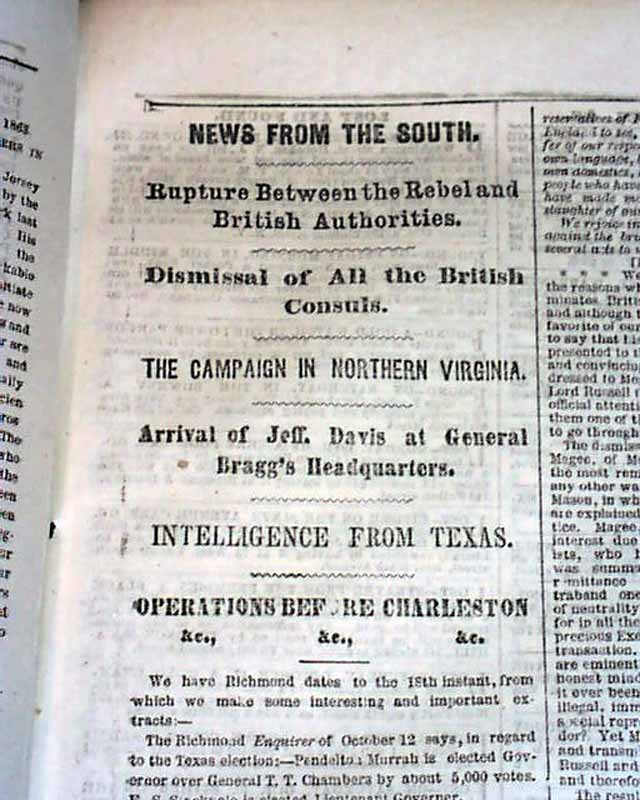