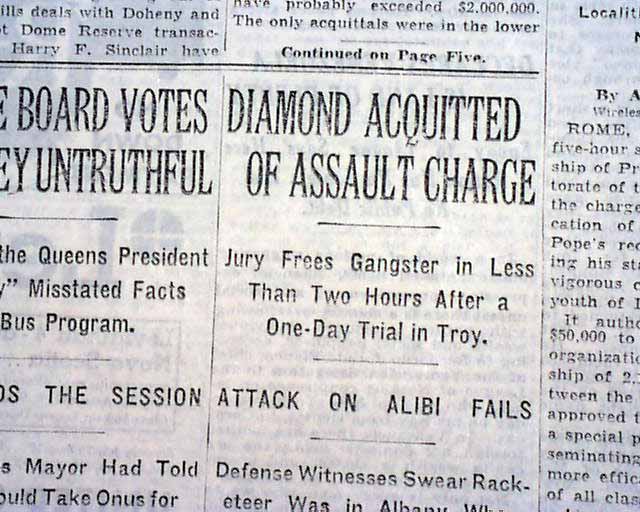 This 44 pages newspaper has a two line, one column headline on the front page: "DIAMOND ACQUITTED OF ASSAULT CHARGE" with subheads that include: "Jury Frees Gangster in Less Than Two Hours After a One-Day Trial in Troy" and more. Tells of Jack 'Legs' Diamond Acquittal for torture. This issue is the rag edition in great condition.