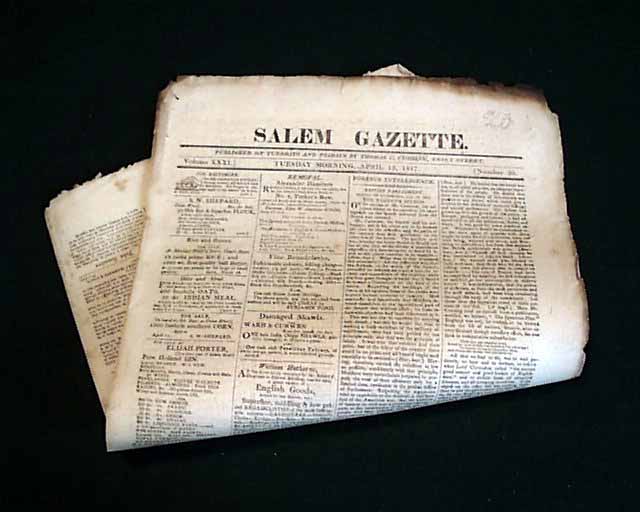 A pg. 3 report from Philadelphia mentions that four persons were arrested on suspicion of stealing eight $100 notes. Says emetics were administered and one of the suspects ...cast up two notes...each one hundred dollars. Other news of the day includes: "Fires" "From Havana" "House Of Commons" and more. Several interesting advertisements as well. 4 pages in good condition.