Home > Back to Search Results > Rare title from Oregon...
Click image to enlarge 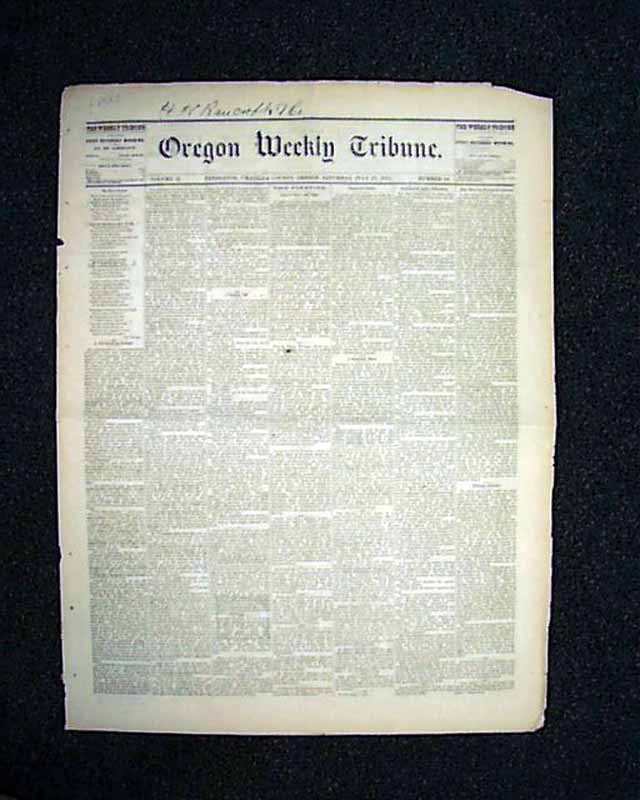 Item # 212587 OREGON WEEKLY TRIBUNE, Pendleton, 1875  Pendleton is an East Oregon town which began in 1851, originally known as Marshall only later to be renamed Pendleton. This is an early issue from five years before the town would be incorporated, with various news of the day and many ads as well, several of which are illustrated.
A four page newspaper with never-trimmed margins, various tears at margins, generally in nice condition. We have only a few issues of this rare title in our inventory.   Actual dates within the given year vary, but the issue you receive will be similar in look and condition to the one shown in the photo.

Features an engraving of the mining t...