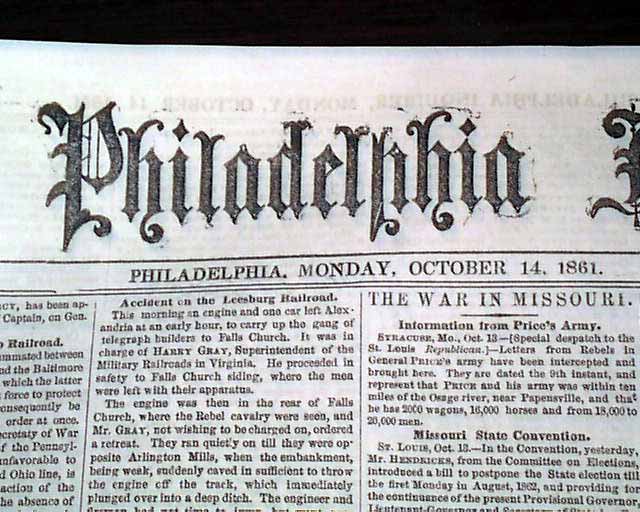 
PHILADELPHIA INQUIRER from Philadelphia PA and dated October 14, 1861. This 8 page newspaper has little spine and center crease wear, otherwise in good condition. This issue is loaded with advertisements and Civil War reports throughout from the day it was first reported which includes the following headlines: "THE GREAT REBELLION" "The Contending Armies Closing" "LATE FROM FORT PICKENS" "Battle Between the Rebels and Colonel Wilson's Regiment" "THE WAR IN KENTUCKY" and much more.