Home > Back to Search Results > First Jewish boxer to become a champion...
Click image to enlarge 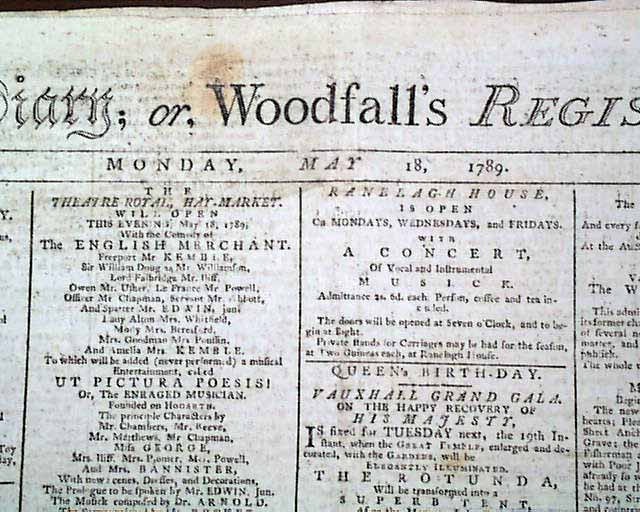 
THE DIARY OR WOODFALL'S REGISTER, London, May 18, 1789 Page 3 contains a nice report headed: "Boxing--Mendoza's Answer to Humphreys" which is a personal letter to him signed in type: D. Mendoza. Daniel Mendoza was the first Jewish prize fighter to become a champion, a title he laid claim to in 1791. He fought a series of famous matches against Richard Humphries, the first he lost but the latter two, in 1789 and 1790, he won. This report related to an upcoming match against Humphries (see photos). Great to find period reports of this early British, Jewish sports legend. This issue also has a pg. 3 report headed: "Slave Trade". Complete in 4 pages, never-trimmed margins, full red-inked tax stamp on the front page, nice condition.