Home > Back to Search Results > Horace Greeley's famous journey to the West...
Click image to enlarge 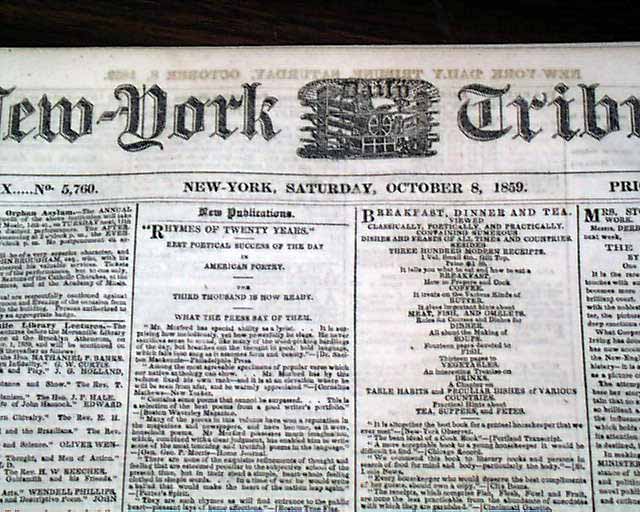 
NEW-YORK DAILY TRIBUNE, Oct. 8, 1859  Page 8 has: "An Overland Journey. XXXI. California Physically Considered"initialed at the end: H.G.
Horace Greeley, founder & editor of the New York Tribune, visited the Yosemite Valley in 1859 during his trip to the West. The series of 34 travelogue articles is significant as it was the first widely-distributed news about Yosemite that brought Yosemite to the attention of many Easterners for the first time. Greeley traveled out west on the just-opened Pike’s Peak Express Leavenworth-Denver route.
Other news of the day includes: "Fires" "New Method Of Testing Submarine Telegraph Cables" "The Fulton Bank Case" "The Kansas Question" and much more.
Complete in 8 pages in nice condition.