Home > Back to Search Results > Jewish newspaper on the U.S. & Israel agreement...
Click image to enlarge 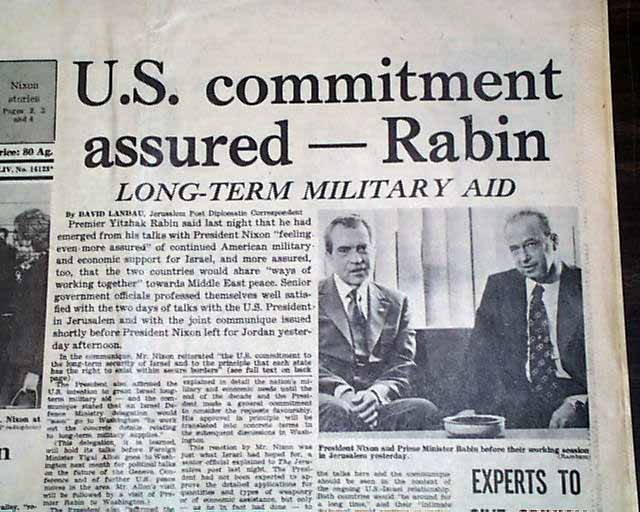 
THE JERUSALEM POST, Israel, June 18, 1974 The front page of this Jewish newspaper has headlines reading: "U.S. Commitment Assured--Rabin" "Long-Term Military Aid" and a photo of President Richard Nixon and Prime Minister Rabin (see photo). Much more on this on the inside pages. The ftpg. also has a photo of Nixon being greeted by King Hussein upon his arrival in Jordan. Nice to have this content in a newspaper from Israel!  Complete in 10 pages & in very nice condition.