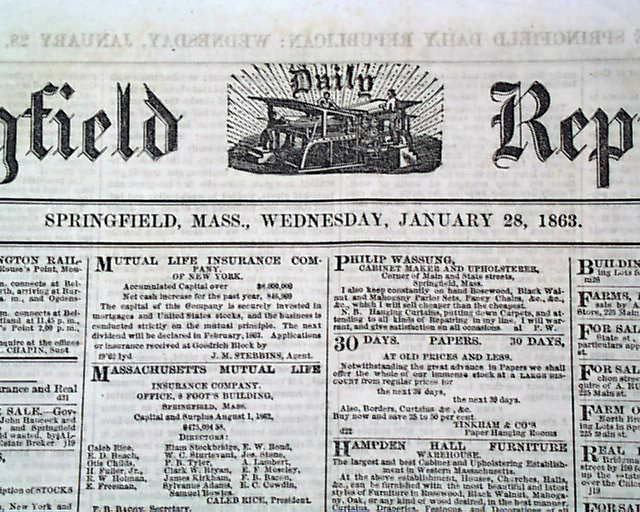 
SPRINGFIELD DAILY REPUBLICAN from Massachusetts and dated January 28, 1863. This 4 page newspaper is in nice condition due to the use of cotton and rag paper during this very historic time in U.S. history. This issue is loaded with advertisements and Civil War reports throughout from the day it was first reported which includes reports on: Berwick Bay Louisiana (LA), New Bern North Carolina (NC), The Mud Campaign, Galveston Texas (TX), the Army of the Potomac, and much more.