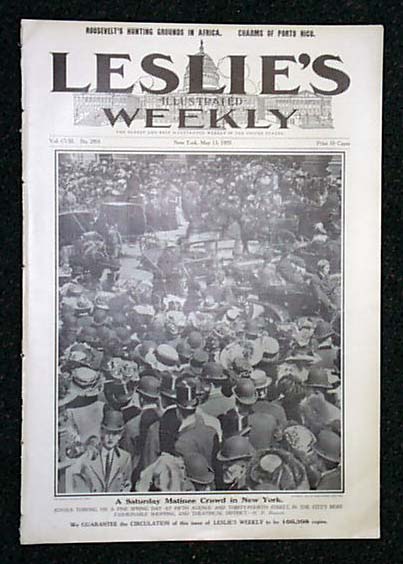 
LESLIE'S ILLUSTRATED WEEKLY NEWSPAPER, New York, May 13, 1909.  "A Saturday matinee Crowd in New York" "The Novel Side of Life in Porto Rico" "The People and the Land Where Roosevelt Hunts" "Most Frightful Massacre of the Century" "Glimpses of Roosevelt's Hunting Grounds in East Africa" "A Typical Windy Day in Chicago" "Men of Note in the Baseball World (Johnson, Ames, Griffith, Ball) plus other articles of the day.  A great issue for framing and displaying!