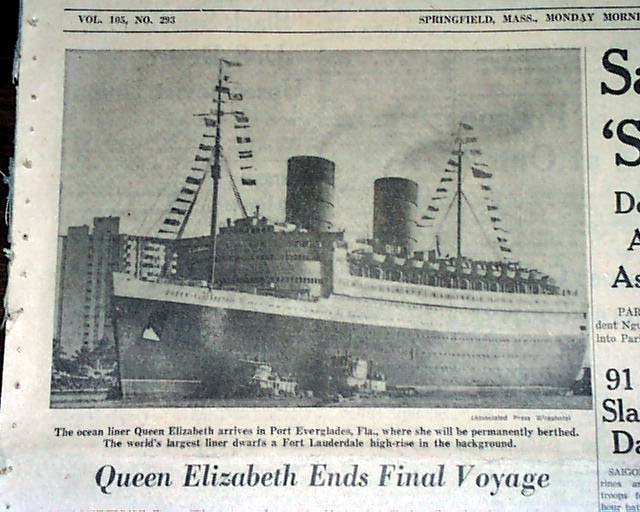 This 24 page newspaper has an historic front page headline: "Queen Elizabeth Ends Final Voyage" with a nice four column photo of the famous ocean Liner. Tells of her final voyage as a luxury Cruise ship.

Other news of the day throughout with loads of advertisements. Nice condition.